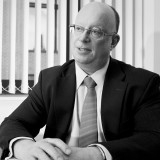 Richard formally retired from his role as Chief Executive Officer of Unity Trust Bank in 2015, since when he has taken up a role as consultant and adviser to various organisations involved in the UK social economy. During his tenure the Bank created its own ESOP, became the first UK financial services organisation.